Guess what "Praise You" is now eight bars longer than it used to be! Hooray!

Here's the link to the updated demo.

The call-and-response section used to be seven bars. Now it's 15.

It's where American synthesizer whiz Lance Hill has created The Vintage Synthesizer Museum. It's a vast working collection of the original models of the very same synths that we use virtually, including the ARP 2600 and the truly awesome Oberheim SEM.

Check out the Performer site to see pictures of the classics.

For those of you who are made keen to sample and edit found sounds, dunk your whiskers in the Collector, a futuristic machine that intelligently records ambient sounds and converts them into playable samples.

If you have internet access, you can practice with this nifty "online" synthesizer. A Japanese synthesizer designer known as g200kg has posted an online-operable synthesizer called the CoWebModular. 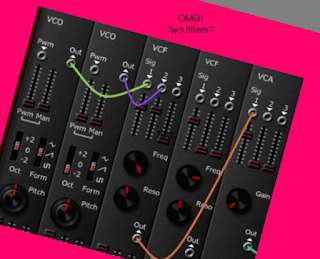 The Webmodular is fully functional and the oscillators have a nice, warm sound. And it's got two Voltage Controlled Filters, for gosh sakes.

I love this baby, because you can operate the musical keyboard from your QUERTY keys. That leaves your mouse hand free to twist knobs and slide sliders!


At the bottom of the page is a list of classic electronic tracks from Blackball SS i. Some of it you'll know. Some if it will be new and exciting. But it's awesome because it's electronic music.

Google at will.
Tight is right.
Kill the people. 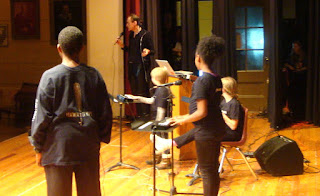